Hello folks, and happy (almost) patch day! Today I’m going to briefly go over changes for Shadow Priests in 8.2 and then run through the various updates to our trinkets, azerite traits, essences, etc based off of recent sims.

Please note that all the data I am going through below is available on GitHub in a raw format and will be constantly updated as new things are implemented in SimC. You can view progress on the Project Board for Patch 8.2.

THIS DATA IS VERY PRELIMINARY, AND SHOULD ONLY BE USED AS A ROUGH GUIDELINE

With that said, let’s begin.

Shadow received just a few changes this patch, most of which were expected based on our strength in spread cleave scenarios. You can view the full patch notes on Wowhead.

While this will reduce our strength of spread cleave, the major impact here is on our talent choices. With the nerf to Auspicious Spirits it will now be more advantageous to select Shadow Crash if the fight works with the talent. This is especially true in any fight where you can consistently hit ALL targets with Shadow Crash on every/most casts. However, if there is a fight with spread cleave or a council type fight and Shadow Crash will only hit 50% of the targets at a time, it is likely a good choice to select Auspicious Spirits again. Note that due to multiplicative scaling of Spiteful Apparitions this does not affect this Azerite Trait.

In this section I’m going to go over each section of sims and briefly summarize the results and clarify as needed. As we continue to resim we will also be working to publishing this data in an easier to consume format on the WarcraftPriests.GitHub.io page.

There’s not much to highlight here, other than to note how valuable Overwhelming Power is. Thankfully in the new raid there are a few pieces (Head and Chest) with this trait on it, and makes those pieces the clear winners in Eternal Palace Composite. For single target you still see it being valued, but we also see the new Undulating Tides trait show its value.

First thing you will notice here is that our go to combo of 3 Chorus of Insanity + 2 Spiteful Apparitions + 1 Whispers of the Damned OR 3 Spiteful Apparitions + 2 Chorus of Insanity + 1 Whispers of the Damned are still the highest simming combinations of traits for Shadow Priests. That being said, there are some good competitors for traits that we will be adding to the combos soon so stay tuned.

There have been A LOT of new additions to gems, flasks, food, and potions for patch 8.2. Most of these are just direct upgrades from previous items and don’t change much, but a few are quite different.

While there haven’t been as many new additions to enchants, we do have a few small changes worth noting. Firstly, the new caster weapon enchant, Machinists Brilliance is doing decently well, and should be your first choice for weapon enchants if you can get your hands on it. That being said, even with full mythic gear from the new raid Quick Navigation is still doing reasonably well and only trailing behind Machinists Brilliance by under half a percent. If you are pressed for gold sticking with Quick Navigation is still a good option.

We also got a new set of ring enchants as well, which area sizable 1% increase each over the previous ones. Be sure to use the new Accord of Haste ring enchants ASAP.

Essences essences essences…the big question for patch 8.2. I’m sorry to say that we still don’t have the full picture yet on which essences are “BiS” or the ones you should target. Hopefully we get all the essences implemented soon to be able to pass this along. However, we do have some preliminary sims that show a very vague picture about what we want.

Please note that we are keeping the GitHub issue up-to-date based on what is supported in SimC. If you see something not on the list or mistakenly checked please reach out. Many of these essences will also require APL changes, these are also not in place yet as of this post. All Major essence abilities are simply used on cooldown.

As we get further along with our stats you’ll notice racials that increase haste specifically doing very well. Special call out to the Human racial for also being strong in composite.That being said the difference between the racials is only worth half a ring enchant, so its nothing to bother yourself about in my opinion.

With 8.2 there has been a lot of new gear added with special effects, similar to the Crucible of Storms raid. The SimC community is still hard at work implementing essences, afterwards you’re likely to see some of these new items implemented. Keep an eye out on the GitHub issue for an update here.

This patch has brought forward some talent changes that we were expecting, although not in this hard of a change. The only thing that is clear from these sims is that Shadow Crash and Auspicious Spirits are now closer than ever, and with APL tunings Shadow Crash might very well be our goto in the next raid. Stay tuned for more information.

Similar to others, we also had a lot of new trinkets added with this patch. Some of these have already been implemented, however the big news is the recent change to how trinkets scale. There has been a small back and forth on this, but it is quite obvious that something has changed with how certain proc trinkets scale in damage in relation to your characters stats. What this means is that certain trinkets that were not valuable have suddenly risen extremely high and this will most certainly change up which trinkets you desire.

Many of you will no doubt ask about the new Pocket Sized Computational Device from Mechagon, which is a fair question. It has been included in the sim charts, but only with activating the base stat changes (yellow socket) and nothing with the red socket quite yet. As you can see it looks to be a fairly strong trinket for its item level with just the yellow gem in place, and might very well exceed its item level value with any of the available red gems. Safe to say if you can get your hands on this early it will be valuable early on until you get high level trinkets.

With this patch we have also received a new Darkmoon card trinket. While it isn’t spectacular, it is a decent trinket for its ilvl and a good starter trinket for anyone new to the expansion.

The new alchemy trinkets are quite strong indeed, mostly due to the socket and raw stats. If you can get your hands on these trinkets they will be great for opening the new raid. They look to be simming roughly 10 ilvls ahead of what they actually are due to the socket.

We have a few new trinkets in Eternal Palace:

The last set of the new trinkets come from the 2 new world bosses:

Please keep an eye on this issue for updates on trinkets being implemented in SimC. 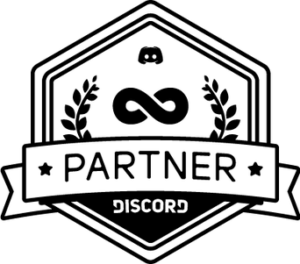 Below you will find a curated list of FAQs and answers provided by @Deflow from the Discord. All answers are checked and verified by the staff at Warcraft Priests.             Read more… 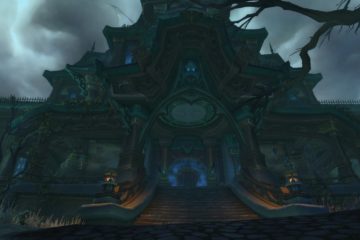 Introduction Hello everyone! In this guide, I’m going to go over everything you need to know to play your Shadow Priest in Mythic+ dungeons for Battle for Azeroth Patch 8.2.0. All of these recommendations are Read more…